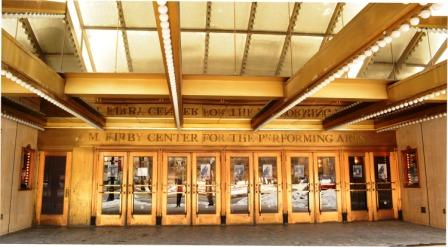 F.M. Kirby Center Executive Director Will Beekman and Director of Operations Drew Taylor hosted a backstage tour and talk for the Chamber of Commerce Interns, contributing to the interns’ weekly experiential activity.

During the tour, Drew Taylor explained the history of the F.M. Kirby Center building, and guided the interns through the layout of the theater, explaining how it has evolved since its transition from a movie theater to a performing arts center. 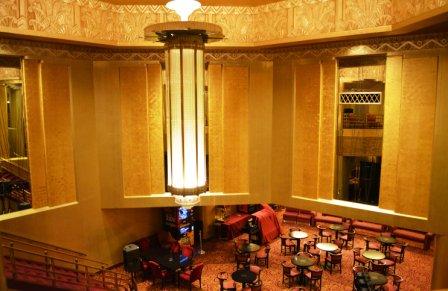 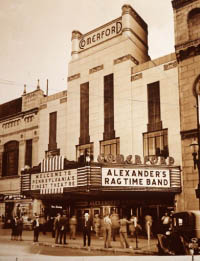 Perhaps the most complicated and intriguing aspect of the F.M. Kirby Center is its various names. Drew Taylor explained that throughout the years, from its opening in 1938 present day, the theater has had three different titles. The F.M. Kirby Center was first known as the Comerford Theater.

It became the Paramount Theater in the late 40’s, when the government broke up Comerford’s chain of theaters. To complicate this further, another theater opened across the street from the Paramount, and took the name Comerford. The Paramount name changed again in the 70’s in honor of the Kirby Family, who donated a large amount of money in order to keep the theater open.

The tour included the main theater area, where Drew Taylor spoke about the changes that took place when the theater became the F.M. Kirby Center. The seats were replaced entirely by new, larger chairs, and a two stories were added to the top of the stage house because high ceilings were needed for the movement of scenery and lighting. 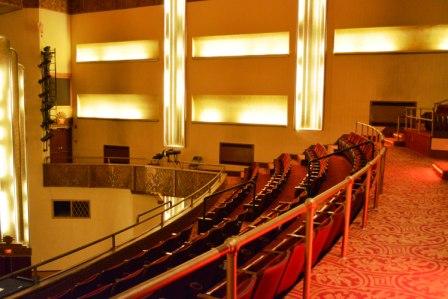 Despite these changes, many aspects of the theater are original, and maintain the building’s historical roots. All of the decorative plaster, brass doors, and some of the lighting, particularly the use of Lumaline bulbs, are original. 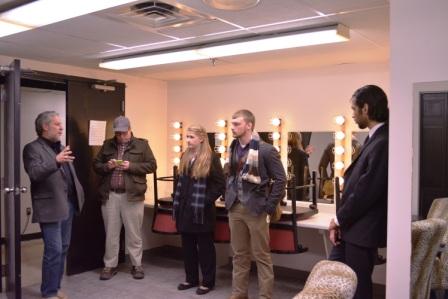 The interns were able to see the downstairs dressing rooms, where performers can stay and shower, and the laundry room, where travelling acts can care for their costumes. The tour ended in what is now the gallery area, used for catering and pre and post show receptions. Drew Taylor explained that this room was a nursery in 1938, a place where parents could leave their children to play while they watched a movie. 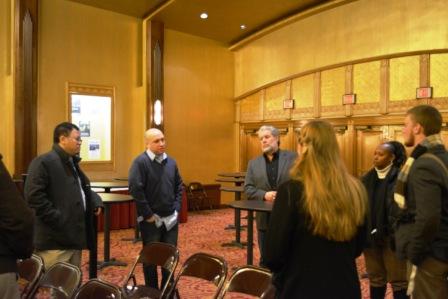 Executive Director Will Beekman spoke to the interns about the art of marketing and booking performers, and how that process is a delicate balance act between offering a price that agents will be excited about, while still being able to practically satisfy the needs of the business.

The F.M. Kirby Center invests $40,000-50,000 yearly in events that support its mission. Will Beekman says “We do a Classical Arts Series every year because that is part of our mission. I would like to say that is what makes us the Kirby Center, doing events like the opera, world music, modern dance, ballet.”

The F.M. Kirby Center supports this mission, as well as its overall operation, by the aid of donors, the recruitment of members, grants, and by booking popular performance acts.