Making Progress in Downtown Wilkes-Barre: One of America’s Best Communities

Downtown Wilkes-Barre is on its way to becoming one of America’s Best Communities! Our road map is a new Downtown Action Plan, developed with extensive collaboration and community participation.

This post highlights one of our Plan’s six goals: to “position Downtown Wilkes-Barre as the region’s Innovation District.” We already have a small existing cluster of startup and technology firms – but we know that, by building on those assets and connecting the dots, we can accomplish much more for our community.

So, we’ve moved aggressively to advance our “Innovation District” goal during the past few months, facilitating business expansion, new startups, and collaboration with local colleges and universities.

It began in March, when Wilkes University opened the Wilkes Enterprise Center in a downtown building. The WEC now houses 9 separate startup ventures – a mix of student-run firms and those commercializing faculty research – and it’s adding more, including several non-Wilkes startups that will become part of the network.

The WEC is a few doors away from the Innovation Center (ICWB) – the Greater Wilkes-Barre Chamber’s incubator. In May, Penn State awarded the Chamber a $50,000 grant to create a shared “entrepreneurial lab” in the ICWB, and in June, anchor tenant eBay Enterprise, which began as a two-person ICWB startup, expanded its offices to occupy the entire third floor. This and five new tenants brought ICWB occupancy to 92 percent, with a workforce of 140. The ICWB’s success even generated a July visit from Pennsylvania’s Secretary of Labor and Industry.

A third piece of the equation is “King’s on the Square,” which transformed a former downtown hotel into a new home for King’s College’s health sciences programs. Most recently, The Commonwealth Medical College planted its flag in Downtown Wilkes-Barre, taking space in King’s on the Square to serve as the home of its Behavioral Medicine program.

Now, the networking between Downtown’s academic institutions, startup firms, and established businesses has begun. Properly nurtured, it will produce new jobs, tax revenue, investment, and downtown activity that can benefit our city and our region. We’re excited about what’s happening in our Downtown “Innovation District” – so stay tuned! 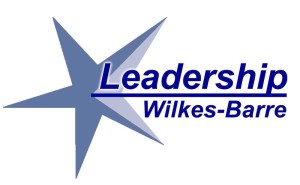 Leadership Wilkes-Barre 34th Annual Dinner and Graduation, which will be held on Wednesday, June 3, 2015 at 5:30 p.m. at Mohegan Sun Pocono Hotel & Conference Center. The dinner celebrates Leadership Wilkes-Barre’s graduating class of 2015, and welcomes the incoming Class of 2016.  The public is invited to attend.   “The 2015 Annual dinner marks 34 years of developing community leaders,” said Lori Nocito, Executive Director of LWB.

Forty-eight area professionals who have dedicated over nine months to learning about Northeastern Pennsylvania will be celebrated, and the incoming class will be welcomed.  Individuals interested in attending the cocktail hour and dinner on June 3rd may contact Leadership WB at (570) 823-2101, ext. 135.  For online reservations, visit www.leadershipwilkes-barre.org.  Reservations are $70/person.

Boasting an alumni base of over 2,000 servant leaders, LWB was founded in 1981 as a community leadership development organization. A non-profit organization, LWB is dedicated to developing informed and committed leaders from all segments of the community who will serve, strengthen and improve Northeastern Pennsylvania.  For more information, visit www.leadershipwilkes-barre.org.