May eBlast: Celebration of Community Leadership, What the Fork WB Ribbon Cutting

Posted by Alexis Maroney
· No Comments 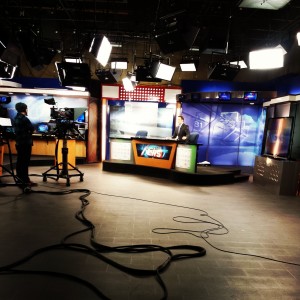 Greater Wilkes-Barre Chamber of Commerce interns had the outstanding opportunity to recently tour the WBRE-TV studio and watch a live newscast. The opportunity was very rewarding to say the least, and I learned a lot that day that I really wasn’t expecting. Going into the tour I had assumed we’d go through the studio, learn a little about how to put a news report together, and then watch a crew of people film it. To be fair, we did do those things but I would have never imagined what actually goes into just a thirty minute news update.

Whenever I imagined a news recording the scene from the movie Bruce Almighty always came into my head. A few anchors in front of the camera, sitting at a large desk with papers situated in front of them, a huge crew of people running the cameras and taking the shots, and a team of producers in another room controlling the stories and teleprompter, a little voice in the ear of the anchor. The basic set up of WBRE was akin to the movie scene, but maybe due to the fact that it is a smaller news show or maybe because the scene I always imagine is from a movie, there are not nearly as many people working behind the camera as in the movies.

Sure there are still a good amount of people contributing to the show, but the amount is far fewer and just makes the amazing show they put out that much more impressive. The anchors have a lot more say in the stories they present, and there was just one lone camera man controlling the shots. As opposed to my thought of about 50+ people working on the newscast, there was probably more like 15 to 20. I was astounded by how good these people were at their jobs and even though a breaking news bulletin came in and changed the line up everyone worked flawlessly and one would never notice that the set up was not the original plan.

It’s funny but one of the most exciting things to me that day was the green screen for reporting the weather.

It should not be all that exciting, it’s simply a panel made out of green material so that digital images can be projected with no complicated editing needed, but it still amazed me. Perhaps due to the fact I have never had a lot of experience with it. Watching the meteorologist bring up the weather reports and then show the forecast, pointing to things on the green screen by watching his reflection in the monitor, was the highlight of the show for me. The task probably should not be as interesting and mind-boggling to me, but it is.

Overall the tour was an amazing opportunity and made me realize that sometimes even when you think you know all about something, there’s so much more to it. 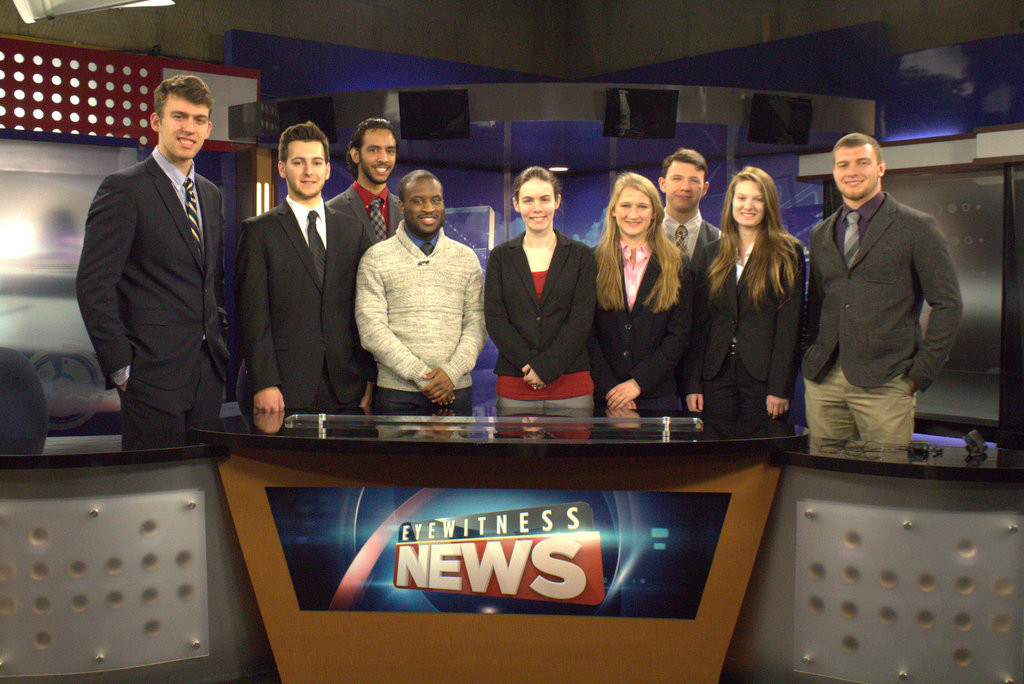 Alexis Maroney (center) on the Tour of WBRE-TV’s Studios